Since 2016, with the great support from the Amstelveen government and Jan van der Togt Museum, we have invited in total 14 Chinese artists and 1 curator to visit Netherlands and to have their residency and exchange program in the Netherlands. Amstelveen, the city that is lovely and beautiful, very strategically located, with mixed culture, having open minded citizen, with dynamic economy, became the window for them to see Netherlands.

All the weeks that they were staying and working in Amstelveen became the wonderful and unforgettable part of their art career and their life. So much happened in their ‘life on another side of the world’ here in Amstelveen, they felt the spirit that are in common with them and they felt the difference that encourage them to think. They learned to look back to their hometown and homeland from another perspective and they discovered themselves in the new context. All the old memories, new inspirations, current experiments, and future wishes became those drops in the paint. The art works from them just like the delta of the memory. These are the interpretation of their life of past, of current and of future. In the part one of the exhibitions ‘The Delta of Memory’ in SVB, we selected about 25 works from 6 artists from the residency project. Their works including paintings on canvas, mixed media, sculptures, installations, works on paper etc. All those artworks are extension of artists’ researches mixed with the enlightenment and inspiration they get in Netherlands. 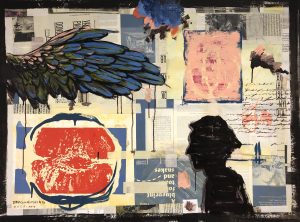 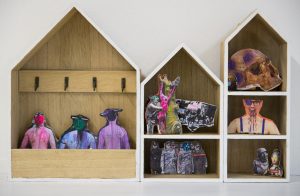